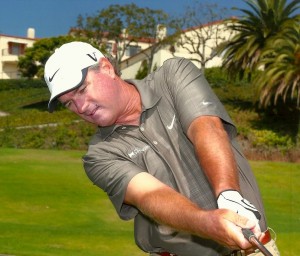 Since the 1990’s Brian Mogg has been a dominant force in the world of golf instruction. His students have won over 26 professional tour events along with a USGA Championship, Lion Kim, winner of the 2010 U.S. Public Links. In 2009, Mogg coached Y.E. Yang to victory in the PGA Championship as well as the Honda Classic. During their training together, Yang became the first Asian male to win a Major PGA event as PGA Champion at the Hazeltine National Golf Club (2009), going on to also win the 2010 Volvo China Open and the 2010 Korea Open.

“Brian Mogg is a modern renaissance man,” stated Peter Kessler, former Golf Channel Host and Golf Magazine contributor. “He is, in equal parts, a world class teacher, whether you are a 3 or a 30 handicapper, a subtle and successful motivator, and an incredibly caring and patient teacher who becomes your friend, and a fellow who makes the journey to better golf an exhilarating experience.”

Mogg is best known for his no-nonsense approach.  Whether it’s in person or in his training videos,  there is no time wasted.  He is Mr. Efficiency in teaching golf.  He is adamant about helping golfers focus on and master the core fundamentals first so as to sequence a set of simple motions into a beautiful golf swing.  This is how he works with the pros and is an especially effective methodology for amateurs.

Brian Mogg has been voted by his peers to be a Golf Magazine Top 100 Golf Instructor in the years from 2004 to 2014.
“Falling into teaching after playing the Tour for several years, I don’t really view it as teaching, I view it as helping people,” Mogg said. “Some of it is technical, some of it is mechanical and some of it is hugely more mental or preparation.
“When you’re helping people, it doesn’t feel like you’re working.”
Brian Mogg – Winnipeg Free Press 6/9/10 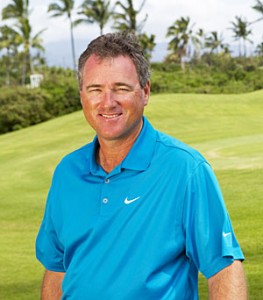 The game’s top instructors picked Brian Mogg to be one of Golf Digest 50 Best Teachers in America in 2011 – 2014. A native of Tacoma, Washington, Mogg began his golf career at the age of twelve. He moved to Florida in 1985 after finding success in his college years as a Buckeye at Ohio State University. He graduated with All-American Honors and won the Ohio Amateur Championship before making his way to the professional tour. He spent 10 years playing professional golf and three years on the PGA Tour with a top finish of 2nd at the 1988 Sanderson Farms Classic, took 3rd in the 2001 Callaway Pebble Beach Invitational and participated in the 1995 US Open. He also had  6 top 25 finishes on the Web.Com Tour as well as top 10 finishes in 11 countries while competing internationally.

During his playing career Brian Mogg’s coach was David Leadbetter and in 1993 he began to work with David Leadbetter at the Leadbetter Academy. In 1997 he accepted a leadership position as the Director of Instruction. In January 2002, he struck out on his own and created the Brian Mogg Performance Center at Keene’s Pointe, a Jack Nicklaus Signature facility located in Southwest Orlando. Brian moved to the Waldorf Astoria GC near Disney World in 2011 and made this location his home base for all six academies.

“I have thoroughly enjoyed working with Brian. He has a great knowledge of the golf swing and how it works, but, more importantly, he has taken the time to get to know my golf swing and what makes it work, allowing my practice time to be much more productive.”
-Bart Bryant, PGA Tour Professional
Bart has 3 PGA tournament victories, 57 Top 25′s and 15 Top 10′s since starting work with Brian Mogg.

Mogg thrived as an instructor and his success is evident in the progress of his students and the high demand for his services. He currently appears on television shows such as The Golf Channel’s “Academy Live” and “Your Game Night”.  He is a guest writer and a regular contributor to Golf Digest, Golf Magazine and Asia Golf Monthly.